Substrata is a free, online 3D metaverse, where users can explore, chat, play and build. 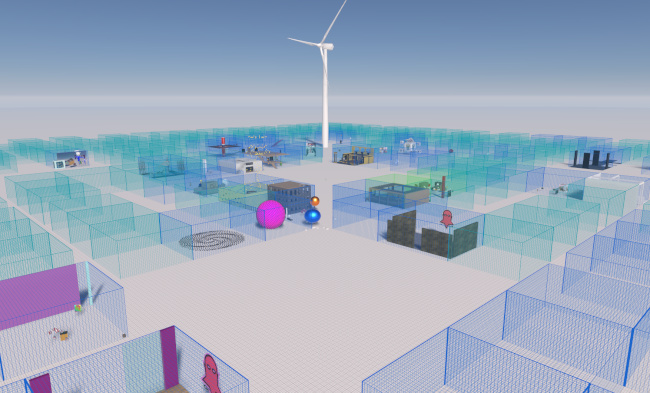 Substrata as of 24th May 2021
We are aiming for Substrata to become one of the most important, and maybe the dominant 3D metaverse on the internet - just like the Web is the dominant '2D metaverse' today. Read on for how we plan to achieve this!

We are using the code and knowledge from the development of Indigo Renderer, a photorealistic ray tracer, Chaotica Fractals, and more than 10 years of work in the high-end graphics area, in the development of Substrata. For example, we use Indigo to bake lightmaps for Substrata, which allows highly accurate lighting with global illumination, while still running on normal computers. 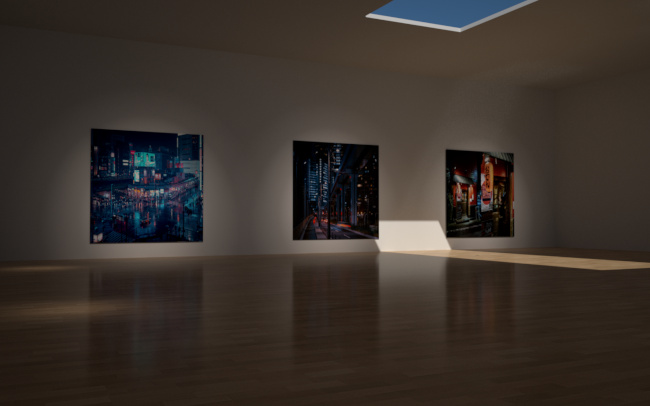 A gallery in Substrata visualised in Indigo. Art by Cody Ellingham

Lighting information from Indigo ready to be baked into lightmaps
Our 3D engine also focuses on handling the large amounts of dynamic content needed for a shared metaverse. We tested loading the entire of the Cryptovoxels world into the engine and rendering it in realtime to test the engine scalability: 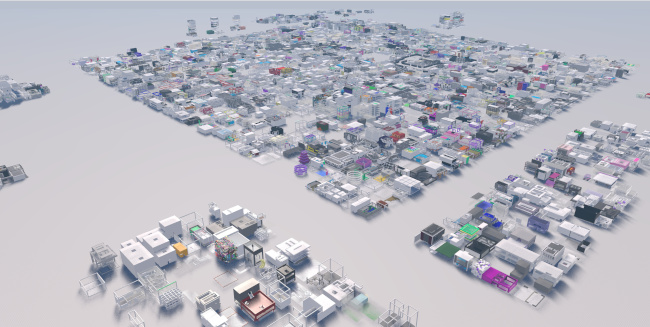 The entire Cryptovoxels world (as of March 2021) rendered in Substrata

The main world on substrata.info is where new users will join the world. The centre of this world will be like a town square or forum.

Our philosophy is that users should be free to create whatever they want on their parcels or in their personal worlds, with as few limits as possible. Technical limits such as 3D model and texture resolution are things we will be trying to reduce as much as possible by improving our 3D engine and trying to make it as scalable as possible. We expect this to be a major area of ongoing development - basically trying to make the engine keep up with what users are throwing at it. 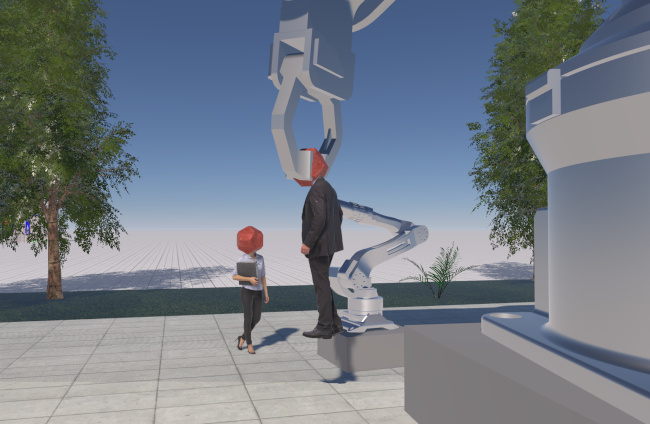 We expect to allow not-safe-for-work (NSFW, e.g. adult) content, but hidden behind a show-NSFW option that will be off by default. We will of course not allow illegal content, see our terms of service for more detail on that matter.

Users can purchase land parcels in this main shared world - see the parcels currently for sale. In general, the closer the parcel is to the centre of the world, the more expensive it will be, as it will get more exposure to foot traffic. Think owning a property on Times Square in New York. We sell land on Substrata (as opposed to just giving it away for free) for various reasons:We want to support a secondary market in land sales, see about parcel sales for more info.

Each user also has their own personal world, which anyone can visit, at sub://substrata.info/username in the Substrata client software. Users can upload and build whatever they want in there (with some disk usage limits etc..)

Running a server to serve your parcel

Imagine if the entire Web ran on Google's computers - that wouldn't be very democratic and decentralised. Instead, today anyone can run a webserver, and serve a website from it, if you have the right software installed on it. In a similar vein, you will be able to run some server software on your own server, to serve data for your substrata.info parcel. This has a few advantages:

Running a server to serve your own world

You will also be able to run the substrata server software on your server, to run an entire world, with parcels, users etc.. We intend for substrata.info to remain the main world however!

We plan to open-source Substrata at some point, probably once the world on substrata.info has reached critical mass. I think open source is essential for Substrata to really become widely used and the bedrock of the metaverse.

We will publish documentation on the Substrata network protocol, and all other documentation required for interoperability, such as the 3d mesh format specification. This will allow other programmers to implement Substrata clients, servers, bots, agents etc..

Voice chat with other users with spatial audio

You will be able to chat using a headset with other users nearby in virtual space to you.

This will allow Substrata to be viewable in VR headsets that work with desktop computers.

As mentioned above, We at Glare Technologies are the developers of Indigo Renderer and Chaotica Fractals

Personally speaking, I have been developing Metaverses for around 20 years now (with some gaps), the first one dating from around 2001!

I was inspired by books like Snow Crash and Neuromancer. More recently, with the return of VR headsets and the rise in virtual worlds linked with NFT sales, and the speed of modern computers and internet connections, the time looks right to have another crack at a metaverse.

Thoughts on this doc? Come discuss on our Discord or Twitter